Review - Three & Out by Laura Chapman 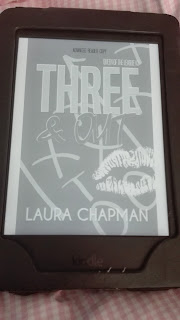 Blurb:
After rushing to the altar and moving across the country, Harper Duquaine (or is it MacLaughlin, now?) is in uncharted territory. What once seemed like a promising opportunity to advance her husband’s career while giving her some much needed independence and adventure has proven to be a bust. By the time fall rolls around again, she’s back in a boring job by day and overstocking her inventory of crocheted scarves by night. Not even the prospect of a new football season holds much excitement.
At least that’s what she thought. Harper suddenly finds herself the manager of not one but two fantasy football teams—each with its own set of drama. Between the added pressure of her new marriage, an unexpected career prospect, and the hiccups created by people from her past and present worlds, Harper quickly finds herself going from bored to overwhelmed.
Can she hold up under the pressure, or will Harper learn the hard way that the turf isn’t always greener on the other field?

About the Author:
Laura Chapman is the author of First & Goal, Going for Two, Three & Out, and The Marrying Type. Her holiday novellas Making Christmas and What Happens at Midnight will be released on November 8, and are now available for pre-order. A native Nebraskan, she loves football, Netflix marathons, and her cats, Jane and Bingley. 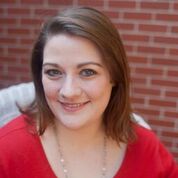 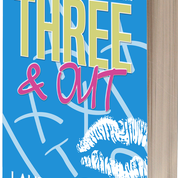 My Take on the Book:
As always, I love reading Laura Chapman's books and this one was no different! This book got me quite curious about fantasy football, and it was really interesting to see how Harper Duquaine (MacLaughlin) handles everything that comes her way. I got an ARC of this book and gave it an awesome 5 star rating! This is the third book in the series.

Last Word:
Out of all the books I've read by Laura Chapman, 'Hard Hats and Doormats' still remains my ultimate favourite, with 'Three & Out' coming a close second. I've also read 'The Marrying Type' as well. It was really nice to read one of Laura's books again!