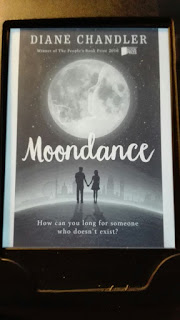 Blurb:
How can you long for someone who doesn't exist?
Cat has always been in control of her life. Happily married to Dom, but flying high as a political lobbyist, she dismisses his desire to start a family ... until she herself is ready.
But what if it is then too late?
Complex and selfish, intelligent and open, if she is to succeed in having that elusive child, Cat must battle through gruelling fertility treatment and the emotional strain it places on her marriage. By her side, Dom, easygoing and ever the optimist, finds that he too risks being run ragged by their journey.
Both are forced to come to terms with their longing for a baby against the blitz on a relationship tested like never before.

About the Author:
I was born and bred in Derby, England, and my family still live there. After studying French and German at Salford University in the early 1980s, I then skittered off to live abroad. First off, I spent a year in Osnabrueck, Germany, which is twinned with Derby. As the so-called 'Derby Envoy' my job was to expand the twinning links between a myriad of organisations - schools, sports clubs, choirs, women's groups, all of which which was huge fun and a fabulous initiation to the world of work. Inspired, I then took myself off to Brussels, Belgium, where I worked as a political lobbyist before joining the European Commission in 1990. My youthful desire to change the world landed me a job on the regeneration of coal and steel communities throughout Europe, and then later onto my real passion for overseas aid. I was lucky enough to spend some years designing and managing aid programmes for the newly independent states of the former Soviet Union, developing along the way a deep affection for Ukraine and also for Moldova. Homesick in my mid thirties, I then secured a secondment to the UK's Department for International Development and spend a few happy years working on similar programmes there. After a short stint in the Africa department, I then left to focus on the next stage of my life. When my daughter was born, I was able to snatch a few hours here and there to write my first novel. And so it continues.

My Take on the Book:
This book really surprised me. I really like Catriona Wyatt's friend, Jackie, even though they had a fall out once or twice. There were times when Cat made really stupid decisions. I got a copy in exchange for an honest review, and gave it a 5 star rating.

Last Word:
When I first started reading this book, I thought it was going to read something similar to 'Saving Abby' by Steena Holmes, and there were some times where it did, but other than that it was completely different to what I was expecting. I really didn't think that I would enjoy this book so much. This book is only going to be released on the 1st of November 2016 on Amazon, so be sure to order your copy.