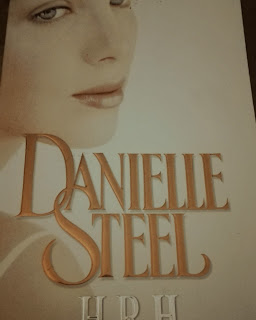 Blurb:
In a novel where ancient traditions conflict with reality and the pressures of modern life, a young European princess proves that simplicity, courage, and dignity win the day and forever alter her world. In blue jeans and a pullover, Princess Christianna is a young woman of her times: born in Europe, educated in America, worried about the future of the world she lives in, responsible beyond her years. Christianna is the only daughter of the Reigning Prince of a European nation that takes its royalty seriously–and her father has ironclad plans for Christianna’s life, a burden that is almost unbearable. Now, after four years at Berkeley, life in her father’s palace cannot distract Christianna from what she sees outside the kingdom–the suffering of children, the ravages of terrorism and disease. Determined to make a difference in the world, she persuades His Royal Highness, her father, to let her volunteer for the Red Cross in East Africa. And for Christianna, a journey of discovery, change, and awakening begins.
Under a searing East African sun, Christianna plunges into the dusty, bustling life of an international relief camp, finding a passion and a calling among the brave doctors and volunteers. Finally free from the scrutiny of her royal life, Christianna struggles to keep her identity a secret from her new friends and coworkers–even from Parker Williams, the young doctor from Doctors Without Borders who works alongside Christianna and shares her dedication to healing. But as violence approaches and invades the camp, and the pressures of her royal life beckon her home, Christianna’s struggle for freedom takes an extraordinary turn. By a simple twist of fate, in one shocking moment, Christianna’s life is changed forever–in ways she never could have foreseen.
From the splendor of a prince’s palace to the chaos of war-torn nations, Danielle Steel takes us into fascinating new worlds. Filled with unforgettable images and a remarkable cast of characters, H.R.H. is a novel of the conflict between old and new worlds, responsibility versus freedom, and duty versus love.

About the Author:
Danielle Steel has been hailed as one of the world's most popular authors, with over 590 million copies of her novels sold. Her many international bestsellers include 44 Charles Street, Legacy, Family Ties, Big Girl, Southern Lights, Matters of the Heart, One Day at a Time, and other highly acclaimed novels. She is also the author of His Bright Light, the story of her son Nick Traina's life and death.

My Take on the Book:
I enjoyed reading about Christianna in this novel; her life as a Princess, and how she wants to be an ordinary person instead of having to live the life she was born into. The characters in this novel were quite relatable.

Last Word:
Despite what you may gather on the blurb on the back of the novel, Christianna's father actually cares a lot about his daughter, and tries to do what he thinks is right. He lives by duty, but also by fatherly love. It would be nice if there were a sequel to this novel, as I'd like to know what happens after this novel ends.