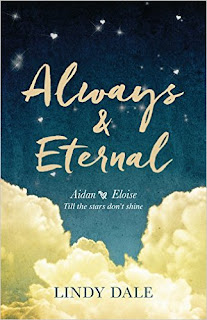 Blurb:
Imagine a love so intense you’d set it free to dream and kill to protect it…
Then imagine Aidan and Eloise.
Tormented and abused to the point of mental illness, Aidan Fischer was on the path to nowhere fast. His father and brothers were career criminals. He’d had a couple of scrapes with the law himself, yet despite the fact everyone in his life had given up, Aidan still had dreams. Dreams that one day he’d find his place in the world and be famous like Kurt Cobain. Dreams that he’d buy a nice house for his mum and sister and write songs the world would want to sing.
Eloise Fairchild had dreams too. She dreamt of becoming a prima ballerina. She longed for the kind of love and affection no amount of money could buy. She prayed for a mother who wasn’t emotionally unavailable and a father who cared about more than how well she could dance and if she were top of her class.
From the moment Aidan and Eloise met, things were destined to get tricky. Their unlikely friendship swiftly turned to love; a love so intense they couldn’t bear to be apart; so powerful they sealed it with a pact made in blood and smeared it across the side of a wishing well… “always and eternal.”
But would love be enough to save them from the darkness?

My Take on the Book:
I would definitely have liked to know more about Aiden and Eloise's career choices and how they got to where they did when they ended their relationship to where they met again. I thought this was a really nice romance story, even though there were times where it was difficult to read the novel. I most certainly did not like Steven or Eloise's father, Gareth, and I thought that Eloise should have stood up to Steven right from the beginning, even though it might have cost her her ballet career. I ended up giving this a 5 star rating, and got a copy in exchange for an honest review.

Last Word:
I got why the book ended the way it did, though I felt that things could have been sorted out, even though there would have been heavy consequences for each of Eloise and Aiden's actions.