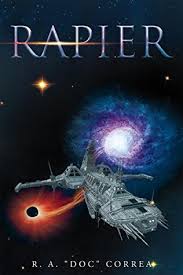 Blurb:
Kathy Masters never expected to journey to the stars until she was selected by the prestigious Galactic Geographic Society to photograph and get videos of the flora and fauna of a newly discovered class M planet before colonization begins. Filled with hope and enthusiasm, she boards the SS America for the trip to Beta 3 Epsilon to begin her new project. On the way, she is abducted and brought aboard the privateer Rapier, beginning her nine-year sojourn among the colonies of mankind. Going from captive to slave to induction into the infamous brotherhood, Kathy finds herself being called on to raise the adopted daughter of the crew of the Rapier. Given the responsibility to raise their princess, Cindy, with the help of Lien Lan Yi, daughter of the house of Yi and princess of the imperial court, they travel among the stars, preying on merchant ships, dodging Chinese warships, fighting pirates, visiting strange worlds, and encountering fantastic creatures all under the watchful eyes of Commodore James Ulysses Black. Trying to raise a young girl among gunfights, sword fights, ship-to-ship battles, slave trades, deals, and some of the most-feared raiders in human space is no small challenge. The only question is, is Kathy up to the task?

About the Author:
I was raised in Los Angeles, California in the 1950s and 1960s. I graduated from Eagle Rock High School in June 1970 and entered the US Army in December of the same year. Having served in the Regular Army, nine and a half years, Army Reserve, four years, and Rhode Island Army National Guard, eight years, I retired from the military in 1993. During that time I served as a battlefield medic, LRRP, surgical tech, scout section leader, LRS assistant team leader, team leader and training/ops NCO in a LRSD. I graduated from Colorado Technical University with a bachelor’s degree in computer science in 1999. I then worked as a systems and applications test engineer, test lead, and test manager from 1998 to 2009. I've had a number of poems published in various publications. My wife and I have four children, three grandchildren, and two great-grand-children. We currently reside in the San Luis Valley of Colorado. I've recently released my first novel, Rapier, a SciFi adventure. The story is set in the late twenty fourth century shortly after the genetics war. Currently I'm working on Razor, the sequel to Rapier and The Young Kathy Masters Chronicles, a prequel to the series that takes place in Australia.

My Take on the Book:
Along with being a sci-fi novel, this book also has post apocalyptic elements as well. Kathy Masters seemed to be a decent person, even though I couldn't identify with her connection to the captain or the crew. I ended up giving this book a three star rating and got a copy in exchange for an honest review.

Last Word:
This is the first proper sci-fi novel that I've read; and I will most likely be reading the next book by this author. 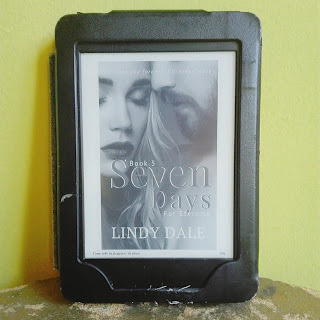