Review - In Black and White by Catherine Lavender 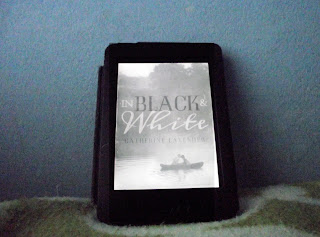 Blurb:
Micah Winters always knew that she was different. It was the pigment of her skin and the texture of her hair that revealed that she was a woman from biracial parents. For five decades, Micah’s African American mother has remained silent about Micah’s estranged father (Sidney Irving). It is not until after Sidney Irving’s death that Micah learns that she is the daughter of the legendary novelist and screenwriter. Now with her mother’s memory fading away from Alzheimer’s disease, Micah can only rely on a novel that was written from her father years ago to understand her parents past during the time of segregation in the United States. Micah’s once simple life is not so simple anymore as she tries to make sense of an unfamiliar world as she inherits her father’s wealth and private past. With an abandoned heart, Micah must forgive the past in order to discover who she really is.

About the Author:
Catherine Lavender is an author of Contemporary Fiction. Her first novel Eighty-Eight Keys was published in 2013 by Whimsical Publications, and in 2016 Catherine’s second novel In Black & White was published by Chamomile Books. Literary Critics continue to admire the published works of this emerging author.

My Take on the Book:
This novel had a very easygoing pace. I really liked Micah Winters speech at the end of the book; and I admired her drive and focus. I got a copy in exchange for an honest review and gave it a four star rating.