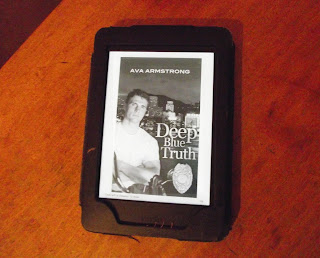 Blurb:
Nick Kozlovsky is not a guy who gives up easily. He grew up on the tough side of town and never met his father. His childhood consisted of an alcoholic mother with a series of step-fathers who beat him until he learned how to fight back. As a policeman, he had plenty of built-in sensors to detect violent criminal behavior.
Nick’s dream to become a police officer is realized, and even though he’s only a few years into the job, the young patrolman has a lot of heart. He’s happy with the job, but his personal life is in shambles. There are women, but, he has never fallen in love. All of his friends have made the trip to the alter, but Nick soothes his loneliness in ways that aren’t exactly healthy.
A random trip to the emergency room changes the course of Nick’s life. Meeting Doctor Grace Robertson energizes him. Not only does he admire her, he is convinced she could be the one for him. For the first time in his young life, he has to lay his heart on the line.
Nick’s life is transformed when he meets Paco, a homeless veteran living in a ravine on his beat. The two develop a unique friendship that alters each man’s preconceived notions about the other. Filled with suspense and raw emotion, the bond formed between the two men is nothing short of extraordinary.
More than a romance, this is a tale of hope, faith, and caring. Nick Kozlovsky and Grace Robertson have much in common, even though they’re from different backgrounds. And, Paco, the one who’s suffered the greatest brings them together in a way that is poignant.

About the Author:
Independent author, Ava Armstrong, writes thrillers and romance – yes, she dares to combine the two; such a renegade! After more than a decade in corporate America with a four-billion dollar company, Armstrong decided to focus on her true love: writing literature that could be read by the average human being.
Ava describes herself as a Constitutional Conservative, and sleeps with a loaded Smith and Wesson revolver. She has one child, whom she loves, and her collection of firearms, which she loves slightly less, and a special affinity for Glocks and tactical shotguns. Her favorite things are the smell of molten metal at the shooting range, motor oil that drips from vintage 1940's Indian motorcycles, and the scent of sandalwood soap.

My Take on the Book:
I quite enjoyed this book. One of the characters that I came to like was Nick Kozlovsky; there is depth to the characters in this novel. I ended up giving this book a four star rating.

2. Which book or books are a favorite among your fans/readers?
Deep Blue Truth is one of my bestsellers.  The Dark Horse Guardian Thriller Series does well, also.

3. Are you working on your next book at the moment? What is it going to involve so far?
I am writing a thriller about a former Army Ranger, who kills a high value target.  He retires from the Army and works as an “advisor” to the U.S. government (code for black operative).  A woman takes his photograph for publicity purposes (he’s on the cover of Newsweek and Time, etc.) and he falls in love with her.  This book will be a little different than my others because the guy is 45 years old, and the woman is younger and married.  Lots of conflict, many issues – including fame and how it can paint a target on your back.

4. About how long does it usually take you to write a book?
This varies for me.  I have written a short romance series in a matter of six weeks.  A full-length novel takes me about 3 months, longer if it is a thriller because there’s a lot of research (more like 4 months) from rough draft to final product.

5. Which of your books did you have the most fun writing?
That’s sort of like asking a mother which child is her favorite, ha!  I still have a deep connection for the original thriller series I wrote, which started with A Sense of Duty.  However, I enjoyed writing “The Last Cowboy” – which is romantic suspense.  “Deep Blue Truth” was unique because it was my first police officer character.  In the end, I think the thrillers are the most fun to write.

6. Describe a typical day for you.
I am a person who goes to bed early, usually by 9:30 PM.  I live in a modest cottage on a lake in New England, so I spend a few minutes in the morning sipping coffee and listening to nature.  I usually brush my teeth, slip into yesterday’s dirty clothes on the floor and go for a brisk walk.  When I return, depending upon the weather, I am sitting with my laptop either in my writing cave inside – or in the summerhouse, a screened porch structure facing the lake.  Generally, I will write for two hours, with a break for a quick snack and a coffee refill.
By late morning, I hit the shower, (yes, I change clothes), do whatever errands need to be done, shopping, house chores (oh, how I dread those) and get back to writing for another two-hour block in the afternoon most days.  By late afternoon, I’m ready to get outside and walk or bike for a bit.  I’ve found that sitting for longer than two hours and writing is not productive for me.  I get antsy and need to move around.
When my husband gets home from his busy day, usually around 6 PM, I give him my complete attention.  Sometimes we go out for dinner, other times have a simple meal at home.  Listening to him talk sometimes sparks an idea for a story!
By early evening, I usually pop in on Twitter and/or Facebook – but Twitter is my favorite.  I interact with followers and answer questions from potential readers.  I also love to chat with those who’ve already read my work.  I spend a fair amount of time marketing my books on social media.
I also set aside time for reading in my day, usually an hour when I can steal it – more, if possible.  Lately, I’ve been listening to audiobooks while doing chores, it makes the drudgery of laundry more bearable.   There’s very little television watching for me.  When I have the chance, I am listening to podcasts, audiobooks, or the good old-fashioned radio for news.  I’ve been a guest host on America Out Loud with Malcolm’s “Life, Liberty and the Pursuit of Pleasure” series.  That’s been great fun and the app is available to download free on iTunes.
I always make time for my daughter and extended family and friends, and get out to dinner and movies.  But, my favorite thing to do when not writing is to be swimming in the lake or just taking a long walk through the forest soaking in the sounds of nature.

Last Word:
I thoroughly enjoyed this interview - and I must say, out of the books that I've read by Ava; this book and 'Don't Make Plans', my personal favourite is 'Deep Blue Truth'. I'll definitely be reading more books from this author!