Review - The Night We Fell by Lindy Dale 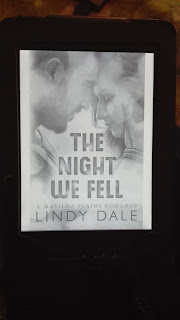 Blurb:
Mack Hamilton has spent a decade building Woolton Farm Estate into a thriving business with his brother, Miles. He's not used to failure. In fact, the only time he's ever failed was in marriage and understandably, he's not keen to go there again. Not if it means his daughter, Harriet will suffer.
Teacher, Layla Williams is the new girl in a town that's very set in it's ways. A city girl in need of a change, Layla's keen to become part of the small community, to build friendships and maybe make a home. Because a family who love each other, is the one thing she's always dreamed of.
From the moment they meet, it's love at first sight for Mack and Layla. She's besotted to the point she'll deceive her housemates and risk her job.Mack wants Layla so much he's willing to consider the very thing he promised himself he'd never do again. Enter into a long term relationship.
Everything should work out fine... as long as they keep it on the down low. But this is Matilda Plains. Nothing is EVER on the quiet for more than two minutes.
The Night We Fell is the first book in the steamy new small town romance series from award-winning author LIndy Dale. Meet the Hamilton clan and fall in love with Matilda Plains.

My Take on the Book:
I was hoping for a little bit more character development for Layla Williams; the character development that Mack Hamilton had was a bit fuller and fleshed out. One line I loved was when Mack and Layla were messaging at the show; where Layla replied that 'Quoting Eric Clapton won't help you'. I ended up giving this book a three star rating and got an ARC in exchange for an honest review.

Last Word:
Out of the books that I've read of Lindy Dale's, my favourite is probably 'Always and Eternal'; with this book and the Seven Days Series coming tie in second place.