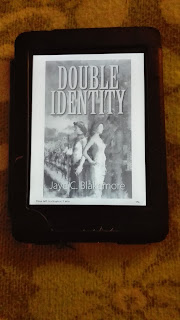 Blurb:
Identical Twins and Secret Lives...with Deceit, Murder, and Revenge! A passionate star-crossed romance between charismatic French vintner Cecile Cardin and elusive billionaire art collector Paul Allenwerth leads to the birth of beautiful twins Gillian and Julianne, who are separated at the age of three during a mysterious divorce, and raised in completely different environments: Julianne absorbs the artsy bohemian life of a small French winery, and Gillian lives in lonely luxury in New York City. Cecile and Paul take their shocking secrets to their graves…but they also leave their daughters with great wealth, an empire to run, and a strongbox that reveals a legacy they could never have imagined. As Julianne and Gillian learn of their parents’ past, and a family history steeped in unimaginable courage and tragedy, they must come to terms with the gifts and challenges that their parents have bequeathed to them, while making their way as independent women in the changing world of the 1970s. Only one twin will have the perfect life…but both will skyrocket through incredible journeys. Double Identity is a richly characterized, inventive thrill ride with plenty of suspense and romance!

About the Author:
Having grown up in a small California town, Jaye C. Blakemore’s imagination was always alive and creative. Though she never wrote fiction growing up, she’s always been interested in people and the past. Traveling across the United States, she’s been to every state capital, visited many Civil War battlefields, Arlington National Cemetery where JFK’s grave struck a deep chord within her heart, her love of museums, including The Getty, a favorite because one of Monet’s Rouen Cathedral, a very special painting to Jaye C., which resides within. DOUBLE IDENTITY almost came as an accident, as Jaye C. began to write at night in hotel rooms as she traveled the country. Before she knew it, a book had been written. While more novels on the way, Jaye C. is continuing this new passion and vocation with the same fervor and excitement that art and history fills in her life. In her spare time, Jaye C. enjoys the theatre, salmon fishing, star gazing, and even a little adventure like glacier climbing in Alaska. A people person, Jaye C. has never met a stranger and hopes to connect with her lovely readers in the near future.

My Take on the Book:
I absolutely loved this book! We follow the lives of two sisters, Gillian Allenwerth-Hamilton and Julianne Allenwerth. Out of the two, Gillian appears to be very composed, though, as composed as she was, she also had a lot of business knowledge; a person would initially think that she wouldn't get involved with things like that. Julianne seems to have a more relaxed deposition. I gave this awesome book a five star rating and got a copy in exchange for an honest review.

Last Word:
It's the first time I've read a novel by this author - and have enjoyed every bit of it. Out of all the review platforms I'm writing on, I don't think I've had this much to say about a book for a long time.