After a murdered partner, a cheating wife and a lost job in Houston, Nick Sibelius sets up a private investigation business in a small Texas town hoping to find some peace and maybe, himself. When two lovers disappear and a fisherman turns up dead, he finds himself drawn into a web of crime and deceit involving MaryLou, a beautiful woman with a mysterious past; Junior, a failed farmer whose best intentions seem to always result in a dead body; and Barry, a sociopathic dentist turned illegal toxic waste entrepreneur with a violent right wing agenda. When the felon who killed Nick’s partner in Houston joins forces with Barry, Nick must not only stop the toxic waste dumping while finding his client’s missing daughter, but keep from being killed in the process. In the end, MaryLou’s dark secret will either save him or kill him -- whichever comes first.

About the Author:
Richard Hacker has been writing most of his life, and professionally, in support of his work in management consulting, public speaking and training in the healthcare and pharmaceutical industries. In 2009 he moved, along with his wife, from Austin to Seattle, shifting his professional focus from business consulting to writing fiction full time. Wanted by authorities for smuggling Texas BBQ across state lines, he now writes and lives in Seattle. His writing has been recognized by the Writer's League of Texas and the Pacific Northwest Writers Association. As a judge in literary contests such as PNWA and ChicLit, he enjoys the opportunity to give writers honest critique to move their craft forward. In addition, he is the science fiction and fantasy editor for the Del Sol Review, an online literary magazine. 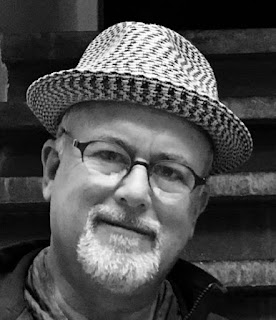 My Take on the Book:
I found that the romance between Nick Sibelius and Marylou Pendleton quite pleasant, even though Marylou could be an evasive and sometimes distant character, and would have liked if they had carried on their romance, though I didn't really mind how the novel ended. I gave this book a four star rating and got a copy in exchange for an honest review. 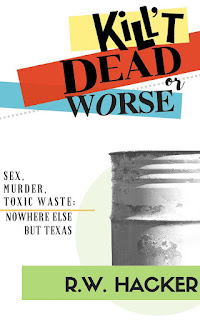 Last Word:
This book appears to be part of a series, and I most certainly wouldn't mind reading the next book.

Buy the Book:
Amazon US