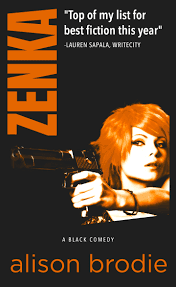 Blurb:
Devious, ruthless, and loyal.
Zenka is a capricious Hungarian with a dark past.
When cranky London mob boss, Jack Murray, saves her life she vows to become his guardian angel – whether he likes it or not. Happily, she now has easy access to pistols, knives and shotguns.
Jack discovers he has a son, Nicholas, a male nurse with a heart of gold. Problem is, Nicholas is a wimp.
Zenka takes charges. Using her feminine wiles and gangland contacts, she will make Nicholas into the sort of son any self-respecting crime boss would be proud of. And she succeeds!
Nicholas transforms from pussycat to mad dog, falls in love with Zenka, and finds out where the bodies are buried – because he buries them. He’s learning fast that sometimes you have to kill, or be killed.
As his life becomes more terrifying, questions have to be asked:
How do you tell a mob boss you don’t want to be his son?
And is Zenka really who she says she is?

About the Author:
Alison Brodie is a best-selling international author published by Hodder.
Alison has a criminal record for disturbance of the peace in Piccadilly Circus; speeding in Spain and hustling in Athens. She lives in Biarritz, where she can be found speaking unnintelligabuble French. She had now turned indie!

My Take on the Book:
I absolutely loved this book - the action scenes in this novel are quite well done. The only complaint that I have is that I wish Zenka had made more of an appearance in the novel than she did. The humour in this novel was awesome as well; I ended up giving this book a five star rating and got an ARC in exchange for an honest review.

Last Word:
I honestly hope that this isn't the last time I hear about Zenka and the gang; that is how much I enjoyed this book as well as the characters in it. 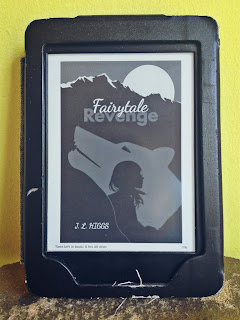